Well I’m so glad she’s moving on. He thought this was a game and she wasn’t gone leave that ass… But BOOM baby !!

Wendy Williams is removing all traces of her estranged husband from her show … because Kevin Hunter‘s name has already been scrubbed from the credits.

There was a noticeable difference in the ending credits on Friday’s episode of the ‘Wendy Williams Show’ … Kevin’s name was missing as an executive producer, and Wendy’s stood alone. 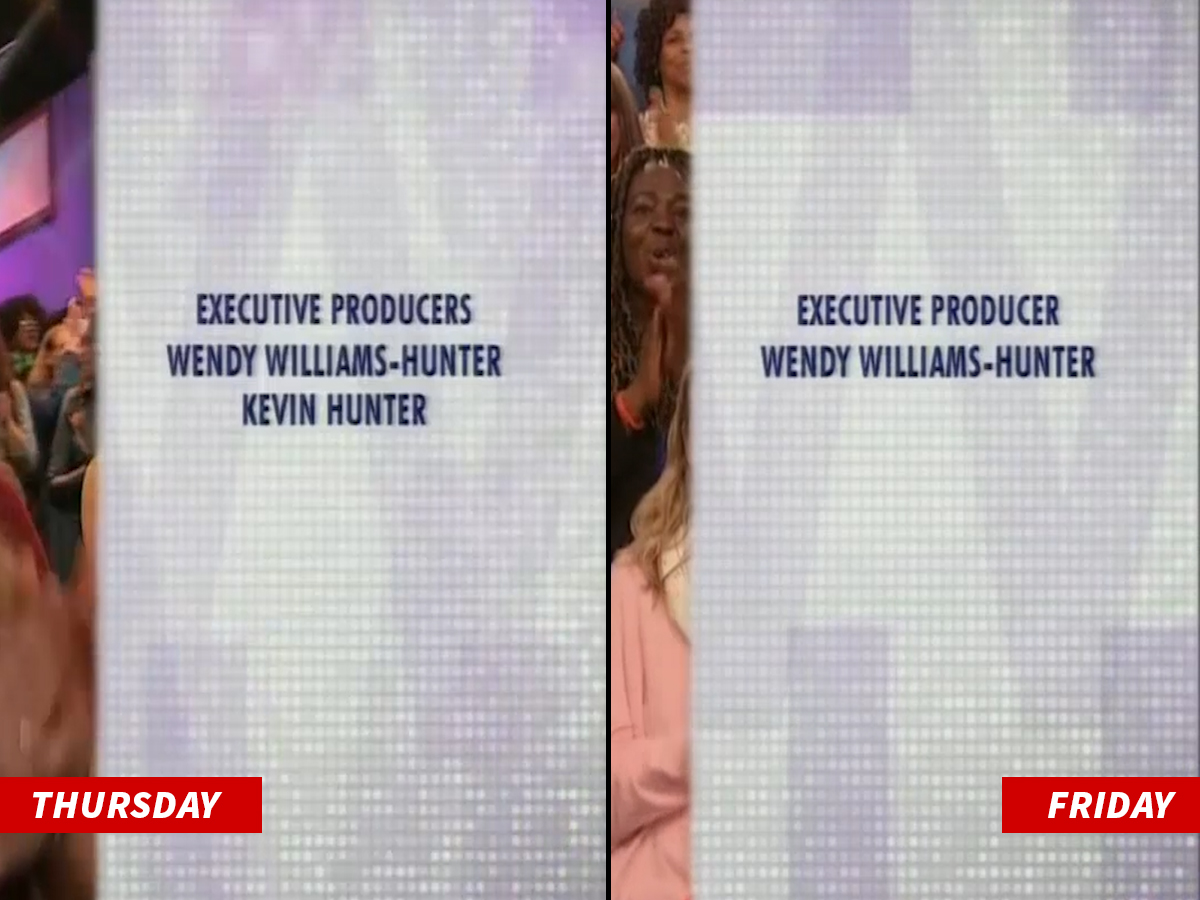 As we reported … Kevin was not long for his role as an executive producer, and on Thursday the ax officially dropped. When Thursday’s episode aired, though, he was still credited as an EP.

But now, 24 hours later, Kevin’s name is nowhere to be found.

It’s the latest move by Wendy to keep clearing the decks from Kevin, after he allegedly fathered a child with his mistress … Wendy’s already filed for divorce and moved out of the home they shared in New Jersey, looking for new digs and a fresh start in Manhattan.